What is Stopping You from
Creating the Success You Deserve? What ‘One Thing’ Is Holding You Back?

Complete the form below and get your FREE copy sent directly to your inbox.

One Little Known Method to Save a Substantial Mortgage Deposit in Two Years!

The Key to Creating an Exciting Income & Lifestyle 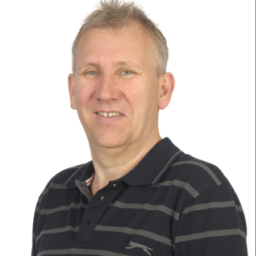 A little while ago a friend of mine, let’s call him John, told me that he was looking at the figures from the probate office and those

figures showed that 95% of people who died each year had less than £5000 pounds in the bank.

They worked hard for 40 years and they finish up with less than £5000 pounds.

Another interesting statistic, of those 5% who do not die broke 1% of them inherited it.

Think about that, it means you got a 1 in 100 chance of not dying broke if you are in a job.

Let me revise that statement you have a 1 in 100 chance of dying broke if you just rely on a job.

Which would be great if you had it in the bank but we know that 95% of people have less than £5000 in the bank at the end of their time here on this earth.

Well number one there is this thing in the UK called income tax, in a job that’s PAYE, Pay As You Earn tax and that other thing called NI, National Insurance.

Now both of them, added together, will take 30% of that £800,000 before you even see it as the government will steal it immediately so:

Then you have to live, heating, electricity, food, school stuff, fares, petrol or diesel, clothes and all that other stuff.

I bought into that system that guarantees me to die brook.

…and after 20 years of my 40 year plan after getting half way through, I realised that it’s all true, I was heading for being a statistic, I was on the path of being broke in retirement.

Thing are not getting better or worse, it’s all the same 40 year plan the Government wants you to buy into, it’s just under a different name, spun up to look like it will work out when you get to retirement age.

The majority of people are happy to work hard, spend time doing something that will give them a better retirement plan, more time with their children and loved ones, more job security, less daily stress and a better lifestyle, a better future. I was no different, what about you?

Way back in 1996 a good friend of mine told me “if you keep doing what you’re doing you’ll get what you got, if you want things to change then you’ll need to do something new”.

If you’d like to do something new that could lead to quitting your job in 2020 to and create a better retirement pension then find out more about what Ann and I did more than 20 years ago.  Click here to learn more.